Australia, officially the Commonwealth of Australia, is a sovereign country comprising the mainland of the Australian continent, the island of Tasmania and numerous smaller islands. It is the largest country in Oceania and the world’s sixth-largest country by total area. The neighbouring countries are Papua New Guinea, Indonesia and East Timor to the north; the Solomon Islands and Vanuatu to the north-east; and New Zealand to the south-east. The population of 25 million is highly urbanised and heavily concentrated on the eastern seaboard. Australia’s capital is Canberra, and its largest city is Sydney. The country’s other major metropolitan areas are Melbourne, Brisbane, Perth and Adelaide.

Australia has a landmass of 7,617,930 square kilometres (2,941,300 sq mi). A megadiverse country, its size gives it a wide variety of landscapes, with deserts in the centre, tropical rainforests in the north-east and mountain ranges in the south-east. A gold rush began in Australia in the early 1850s, which boosted the population of the country. Nevertheless, its population density, 2.8 inhabitants per square kilometre, remains among the lowest in the world. Australia generates its income from various sources including legal and education services, mining-related exports, telecommunications, banking and manufacturing. Indigenous Australian rock art is the oldest and richest in the world, dating as far back as 60,000 years and spread across hundreds of thousands of sites.

Melbourne is the state capital of Victoria and the second-most populous city in Australia and Oceania. The name “Melbourne” covers an urban agglomeration spanning 9,992.5 km2 (3,858.1 sq mi), which comprises the broader metropolitan area, as well as being the common name for its city centre. The metropolis is located on the large natural bay of Port Phillip and expands into the hinterlands towards the Dandenong and Macedon mountain ranges, Mornington Peninsula and Yarra Valley. It has a population of 5,000,000, approximately 19% of the national population, and its inhabitants are often referred to as ‘Melburnians’.

A very useful guide to travel in Victoria be found at: https://www.visitvictoria.com/regions/melbourne/travel-information

Sandringham (colloquially known as Sandy) is a beachside suburb of Melbourne, located beside Port Phillip at the end of the Sandringham railway line, 19 km (12 mi) southeast of Melbourne’s central business district.

Sandringham is a popular location for beachgoers, sightseers, walkers, picnickers, photographers, cyclists and shoppers. It has a quaint village atmosphere with a number of cafes, coffee shops and restaurants (Greek, Chinese, Thai, Vietnamese, Indian, Japanese), take-away food outlets, gourmet food outlets, clothing stores, boutique homewares, hairdressers, professional offices, multi-story apartments, real estate agents, bakeries, a modern bookshop, a news agency, Coles supermarket, a health food store, a chemist, an award-winning library, a historical society, a large modern police station, a medical centre, a Life Saving club, a video store, a hardware store, wine store/bars, a bank, a large modern hotel (The Sandy) with a balcony overlooking the bay, a bike track and a coastal walking track. The trip by train to and from Melbourne city takes 27 minutes. Buses travel between the Sandringham railway station and St Kilda, Westfield’s Southland complex and the Chadstone Shopping complex. The Sandringham Yacht Club is host to a number of Sydney to Hobart yacht race winners and a vibrant dinghy sailing community. The main streets are home to some elegant old buildings, including the railway station.

The adjoining suburban of Hampton also has a railway station on the Sandringham line and hosts a large “high street” shopping and activity centre. In addition to the facilities at Sandringham, Hampton has a modern gymnasium, a bulk food store and a number of bike shops, butchery’s and fishmongers.

Whilst participating in the regatta, Laser sailors will have honorary membership of the club and will therefore have access to the grounds, extensive terraces with views over Port Phillip, members bar, members lounge, changing facilities and the off-the-beach clubhouse. 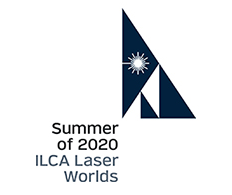 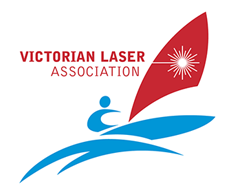